It is made from organic Senatore Cappelli durum wheat semolina grown in Italy.

Cappelli is an ancient variety of durum wheat classed as a superior cereal thanks to its intrinsic characteristics, such as a lower gluten content.

BioGranoro pasta made with the Cappelli variety of durum wheat retains its consistency and remains firm after cooking, possesses excellent nutritional qualities and contains high amounts of amino acids, vitamins and minerals, as does the wheat that it is made from.

The S.I.S. (an Italian seed company) supply chain for organic Senatore Cappelli durum wheat grown exclusively in Italy is currently the only one able to guarantee monovarietal production of the ancient Senatore Cappelli variety in accordance with organic farming methods.

Granoro has chosen to become part of this supply chain, taking full advantage of the excellent work performed by Italian farmers and their harvest.

Organic Agriculture is about respect for nature, the environment and the protection of biodiversity. The raw materials used to make BioGranoro Cappelli pasta are 100% from Italian Organic Agriculture, produced using a production method that only permits the use of natural substances and prohibits the use of chemical pesticides and fertilisers. 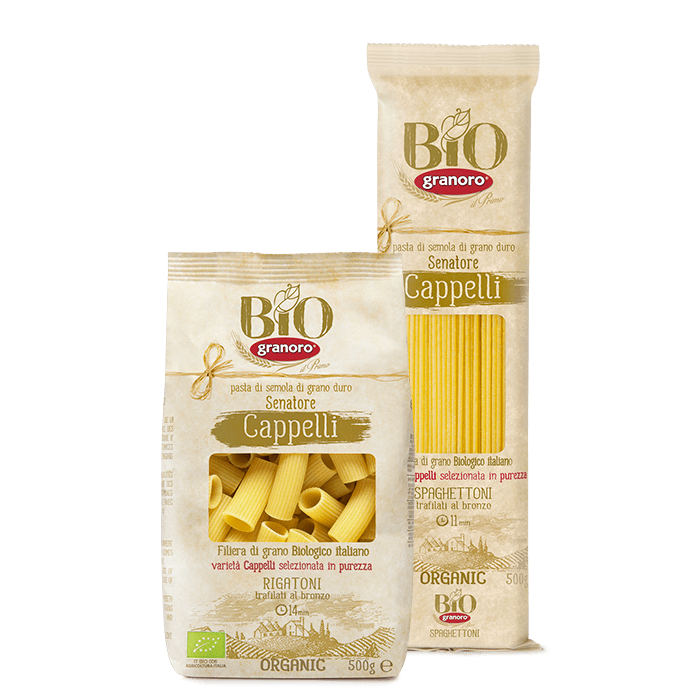 Pasta made from organic Senatore Cappelli durum wheat semolina is produced in the following shapes: 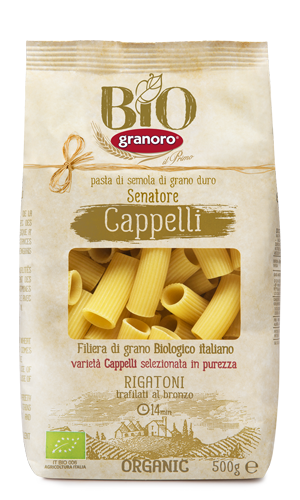 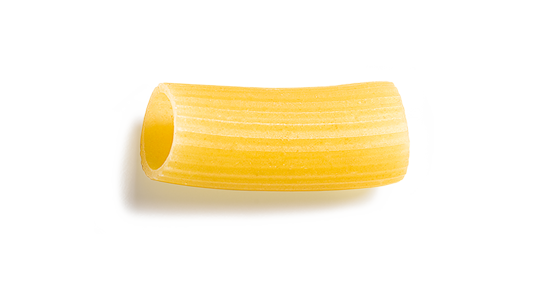 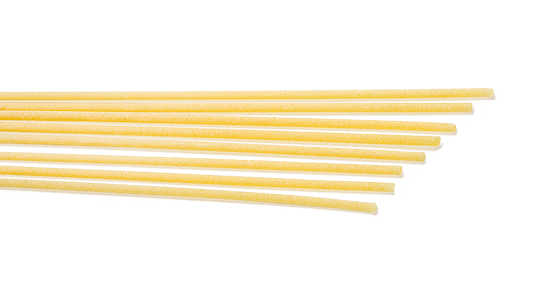 Senatore Cappelli” is a variety of durum wheat that was first discovered in 1915, thanks to research and testing by the Italian agronomist and plant breeder, Nazareno Strampelli.

He named it in honour of a Senator of the Kingdom of Italy, Marquis Raffaele Cappelli from Abruzzo, who in 1906 invited him to start sowing on land at his farm on the Tavoliere delle Puglie plain.

At one point, in the first half of the 20th century, it accounted for more than half of the wheat grown in Italy and revolutionised the production of bread and pasta. However, in the sixties, this distinctive variety of wheat began to disappear, replaced by cultivars offering higher yields, until twenty years ago production had fallen to below ten thousand kilos.

Following the ever increasing consumer demand for products obtained by milling ancient wheat varieties of Italian heritage, S.I.S. has brought some of these varieties back into use, in particular, investing in the organic Senatore Cappelli durum wheat variety.

S.I.S. has won the exclusive right to select, breed and certify cultivation of this variety, winning a public tender launched by CREA – the Research Centre for Cereal Agriculture in Foggia – which owns the variety.

Being part of the S.I.S. supply chain for organic Senatore Cappelli durum wheat means using only certified seed, traceable from the day it was sowed through to production of the pasta.

In fact, farmers deliver all of the organic Senatore Cappelli wheat produced to S.I.S., which then supplies it exclusively to mills and pasta factories, including Granoro and Molino De Vita, which have signed a supply agreement with them.

It is an ambitious project that aims to safeguard the genetic heritage, biodiversity and cultural and environmental tradition of the Made-in-Italy brand.

Come and join us on social media to stay up to date with the latest developments from Granoro!